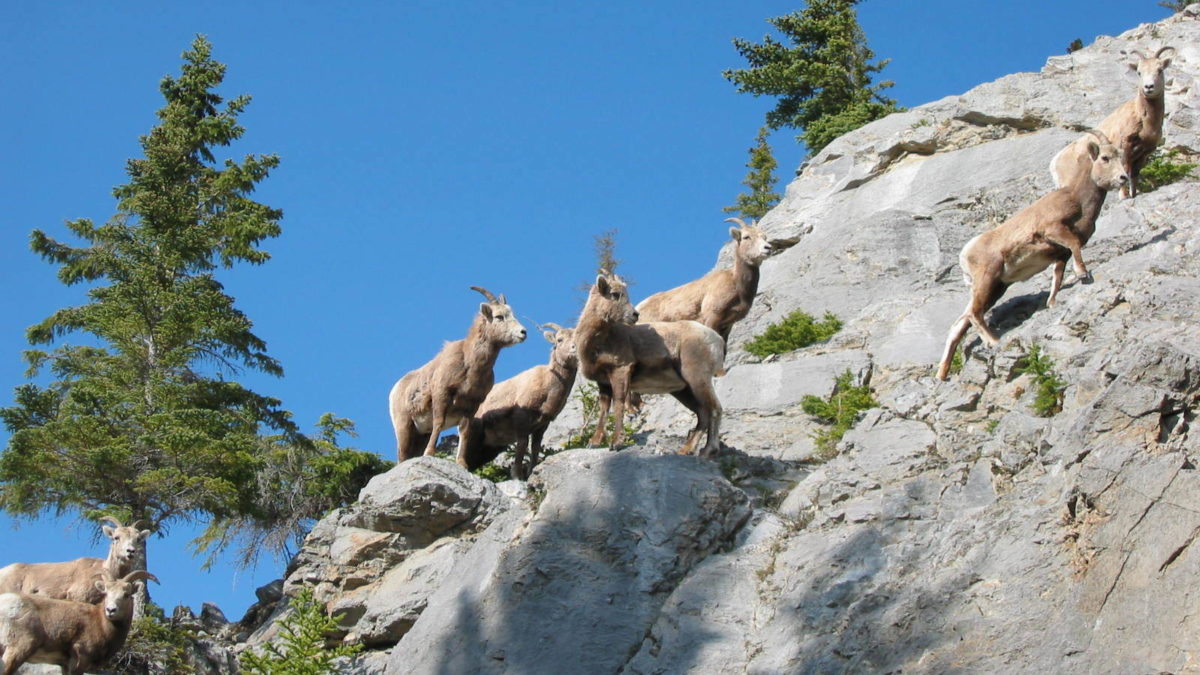 Life is Wild in Jasper

The chance to observe wild animals as they go about their natural lives is one of the most fascinating experiences that Jasper National Park has to offer.

The best times to see wildlife are spring and fall. Remember that it's illegal and dangerous to touch or feed wildlife. 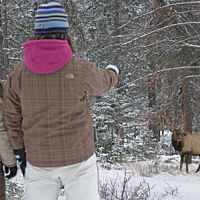 Jasper National Park is known for its abundant wildlife. Join in on a local wildlife tour to learn about wildlife and the challenges of managing and protecting wildlife in the national park. Going with a wildlife guide is the best opportunity to see wildlife and understand their behaviors. It's also the best chance for a fantastic photo!

Learn all about the ways these animals contribute to the rich diversity of the National Park and how they survive the mountain winters. Our guides are well versed in the history, geology, and ecology of the area and are happy to answer any questions you may have. As we travel through the Athabasca Valley we will show you some of the park’s most beautiful scenery, so have your camera ready to capture some amazing photos of the highlights of your visit. This tour is the perfect way to spend a morning and your best opportunity to see the wildlife of Jasper!

Discover Jasper and its Wildlife

This exciting evening wildlife tour starts in the late afternoon and goes for 3-3.5 hours. As you travel through Jasper and the surrounding area, not only will you be amazed by the beautiful scenery, you will also learn of the ways that the area's wildlife contribute to the rich diversity of Jasper National Park. This is great for learning, photos, and for gaining an appreciation and understanding of the Park to tell your friends about. 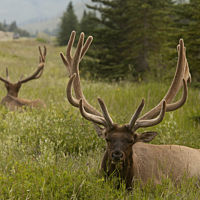 There are eight species of ungulates or hoofed mammals in the National parks; including elk, moose, caribou, deer, mountain goat. They can be separated into two distinct families: the deer family, which have antlers that fall off and re-grow each year, and the sheep and goat family, which carry true horns that grow throughout the life of the animal. Visitors to the Park are required to keep a safe distance at all times, especially during the fall mating season and the spring calving season.

Known as reindeer in other parts of the world, there are two main sub-species of caribou in Alberta: woodland and mountain. A good place to see mountain caribou is in the Tonquin Valley in Jasper National Park.

The bighorn sheep is Alberta’s provincial mammal. Their name comes from the huge curled horns that the male sheep grow. Their wool is a light brown colour and they have a paler patch on their rump. They can be found throughout the Rocky Mountains, particularly on the Maligne road near Jasper, the Bow Valley Parkway towards Canmore from Calgary and the main road towards Kananaskis village.

Not to be confused with moose, elk are quite different in that their antlers are thinner, like a deer. Their native name is Wapiti. The wapiti or elk is the second largest member of the deer family after the moose. They can be seen regularly in Jasper National Park and along Highway 16 heading east out of Jasper.

Once numerous throughout the North American plains, bison are now limited to isolated pockets. In Alberta, the best places to see them are at Elk Island National Park east of Edmonton, and near Waterton in southern Alberta. In February 2012, bison were released to Banff National Park and have been thriving since. 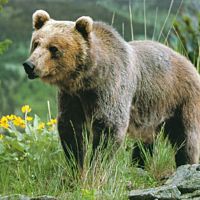 There are four families of carnivores: the weasel, dog, cat, and bear families. Dog family includes wolf and coyote. Cat family includes the mountain lion/cougar and lynx. Bears inhabiting Alberta are the black bear and the larger grizzly bear.

Once common across the prairies, grizzly bears are now limited to the area surrounding the Rocky Mountains and forested areas in north-central and northwestern Alberta. They are bigger than the black bear with a large shoulder hump and are often light brown in colour.

Wolves, despite their fierce reputation, very rarely attack people. They do hunt nearly everything else though, especially deer, wapiti, moose, sheep, beaver, hares and mice. Usually, wolves hunt in packs ranging from 4-7 animals and were the target of extermination programs in national parks during the first half of the 20th century. These magnificent beasts, however, were never completely hunted out of Jasper and still roam throughout the park's forests as they did before human arrival.

The other member of the cat family that resides in Jasper National Park is the lynx. Lynx are nocturnal and rarely seen. Grey/brown in colour with tuffs of fur on their ears, lynx have distinctively long legs with large feet. Because of their intolerance of humans and night time hunting habits, the extent of their population in Jasper is unknown.

Weighing nearly 70 kg, cougars are tawny-brown in colour with black-tipped tales. Although rarely seen, there is a small population in the park. In recent years cougars have been caught on camera nearer to human habitation than initially thought. Cougars though rarely attack humans. 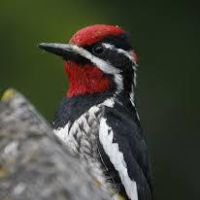 Alberta is one amazing place to participate in bird watching activities. There are 411 bird species found in Alberta. In fact, Jasper National Park alone is home to 305 species.

The great horned owl is the provincial bird of Alberta. It is a year-round resident and can be found in forests, open woods and river valleys outside of mountainous regions.

Snow geese pass through Alberta on both spring and fall migrations and stop in shallow wetlands, lakes, and fields. One place they can sometimes be seen is in Holden, southeast of Edmonton.

An adult bald eagle, with its white head and tail, is easily identified, but a young or immature bird is often mistaken for a golden eagle. Golden eagles are identified by their chocolate plumage and golden coloured neck. Bald eagles can be found in locations where water is plentiful. They enjoy plucking fish out of the water. The golden eagle migration is an annual event occurring in late March to early April and again in October.

In Jasper National Park you are likely to see a Whiskey Jack (grey and white) and a Magpie, characterized by its long feathered tail, brilliant dark blue, white and black colouring.